The Tamarisk Bandit has struck again!  Perhaps Lori Spring will resume its trickle, perhaps not, but as long as this huge clump of tamarisk was absorbing water, sheep would never have a chance to find out.  A unnamed bandit struck recently and performed an emergency, unplanned tamarisk-ectomy.  Purportedly a chainsaw was used with zealous ambition.  An anonymous communication informed me that the largest stump had at least 24 rings!  That's quite a few years of unchecked growth and there were several other stumps of horrible porportions that were also eradicated.  Through the use of some wizardry and magic potions, it is expected that this invasive, water sucking plant will never be resurrected; perhaps a SCBS volunteer might wish to inspect for any remains after the next rain season. 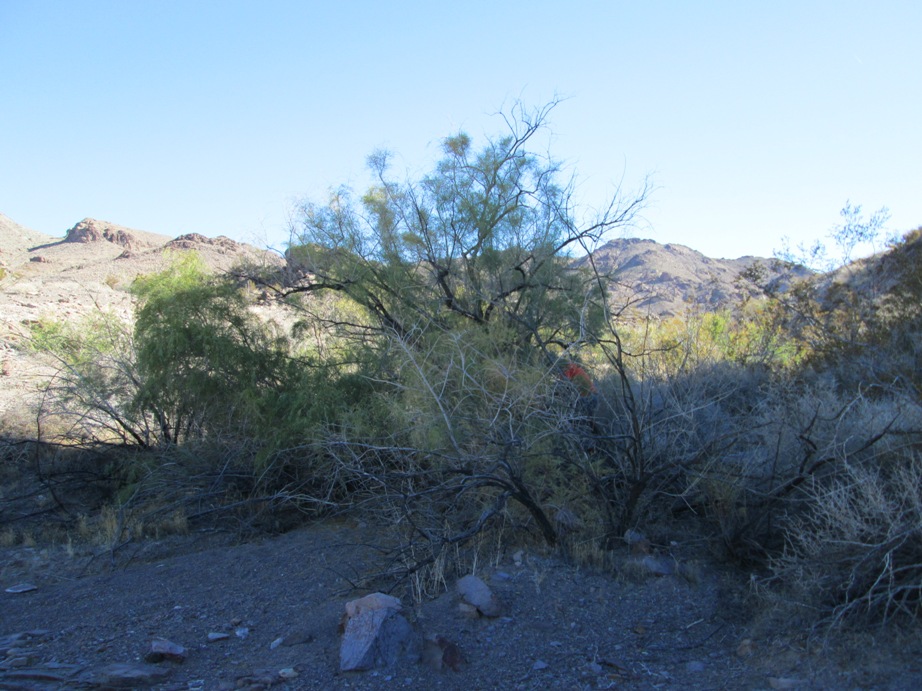 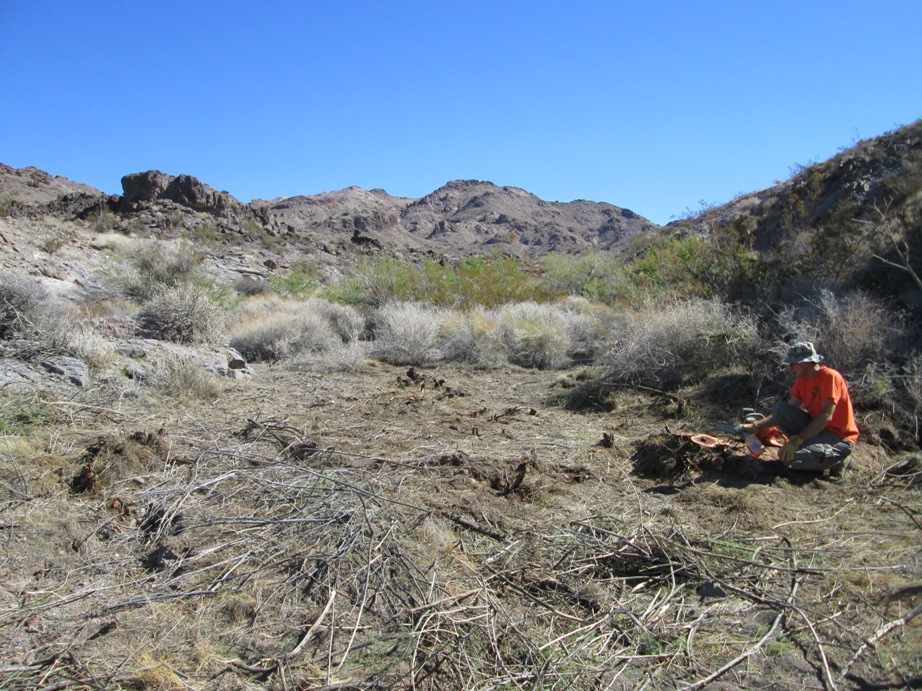